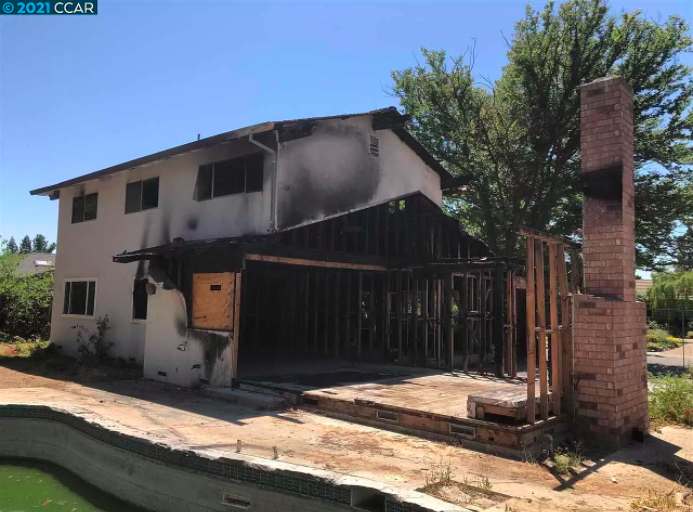 Even burning down will not stop a Bay Area home for selling for $1 million, at least in the case of 254 Tamarisk Drive in Walnut Creek, which has now redefined the term “fire sale.”

It’s been less than a year since fire destroyed this formerly handsome four bed, two bath, 2,400 square foot home right at the edge of Lime Ridge.

In fact, News24/680 reported last September that the property actually suffered two fires within three days, the second apparently an act of arson.

Nobody was hurt, but the resulting damage reduced the circa 1964 home to a shell of its former self. The listing from Key Realty called the remains a “barebones opportunity to renovate.”

Despite all this, the house still hit the market asking an ambitious $850,000 and had little trouble blowing right past that mark. In fact, it took less than two weeks to find a (pardon the term) hot buyer: The listing appeared August 6, and the deal closed August 19.

In context, none of this is necessarily surprising: Empty lots in Walnut Creek can list for several million dollars in their own right, although admittedly most of those are multiple acres, whereas this site comes out to just about a third of an acre.

But the application of time, the market, and multiple acts of complete disaster conspired to both devastate this property and increase its value more than 2.6 times. Takes all kinds, it seems.