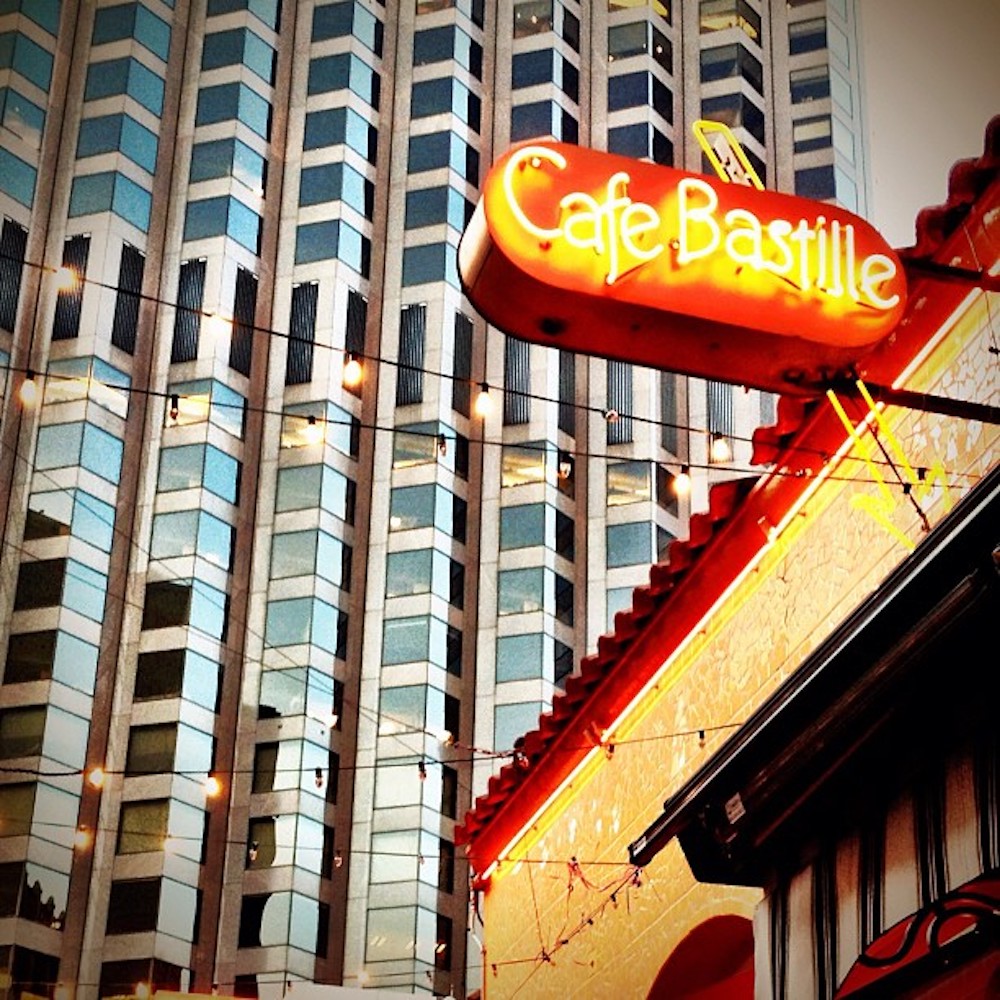 Neighborhoods are San Francisco’s basic building blocks, each with their own character and spirit. But there have been so many of them over the years that it’s inevitable we lose track of a few.

For example, SFGate this week profiled San Francisco’s Russian enclave, a largely overlooked chapter in the history of the Richmond. And that’s not SF’s only forgotten burgh; even people who have passed through SF’s downtown French Quarter are probably not aware that’s what it is, although the clues are still there for the observant.

The modern “quarter” encompasses mostly just a single downtown block, bordered by Pine and Bush on one side, and Montgomery and Kearny on the other, all built around the Belden Place alley. It really is a small world sometimes.

Like pretty much everything else in the city, San Francisco’s French connection began with the Gold Rush, news of which rapidly spilled over to Europe. “By the middle of January 1849, gold fever had spread across France,” historian Malcolm J. Rohrbough writes.

Napoleon’s government held a lottery that paid for 3,000 French fortune seekers to travel to SF (presumably hoping some of those riches would find their way back to Mother France), although the ships didn’t arrive until 1851.

The city was by that point an incredible melting pot, and the French just did what everyone else did: Pick a neighborhood and settle down, in this case mostly along Bush Street.

And indeed, although the “quarter” and the history of its founding are now pretty obscure, the telltale signs of its legacy remain visible in institutions like the Cornell Hotel de France, the Le Central bistro, Cafe Bastille, and most importantly the Notre Dame des Victoires cathedral, which dates to 1856.

Once upon a time, nearby Grant Avenue was Dupont Street, namesake of Rear Admiral Samuel Francis Du Pont, of the famed French-American Du Pont family. Even the French Consulate is right down the block.

So whatever happened to this traditionally French neighborhood in downtown SF? Well, arguably nothing: After all, the landmarks are still there, tens of thousands of French-Americans (some of them descendants of those original 3,000) call the Bay Area home, and the city sees a lively Bastille Day celebration every July 14.

But if we wanted to parse why SF’s French history is so much less prominent than many other immigrant neighborhoods, Notre Dame des Victoire’s long, longtime vicar probably got it right in a 2006 interview when he suggested that nearby Chinese and Italian-descended communities simply expanded more and faster.

Still, the nice thing about history is that it’s always there waiting for you–much like a fine old neighborhood itself.