We’ve been told, and we acknowledge this has absolutely nothing to do with San Francisco real estate (unless the Google founders took the Google bus to get to port), that one, if not both, Google founders are enjoying the fruits of their labor and declining company value with a nice cruise on their gigantic “dark sailboat yacht with three giant masts” down near Manzanillo, Mexico. 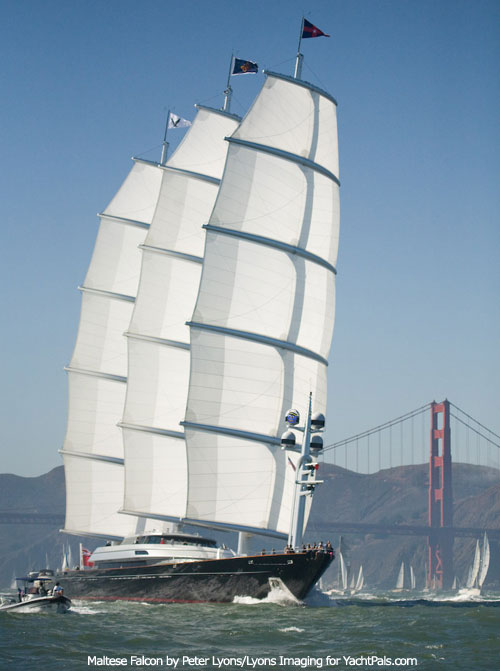 True or rumor? Anybody know? Admittedly, not as bad as the CEO’s of Ford, GM, and Chrysler flying to D.C. in their private jets asking for $25B, but interesting nonetheless.

We’re thinking “the dark blue yacht with three giant masts” is the Maltese Falcon (pictured above) on its way down to Panama. In which case, maybe Sergey Brin and Larry Page are just along for the ride, unless they threw down the $181,688,916 recently being asked for it, and added the yacht to their roster of extravagant things.

Either way, Sergey and Larry, you might want to go easy on the Lobster, and heavy on the beans and rice, things ain’t lookin’ so good up here north of the border.

Don’t suppose Jerry Yang is scrubbing the decks do you?

6 thoughts on “Google Founder(s) Vacationing In Mexico While Stock Falls?”