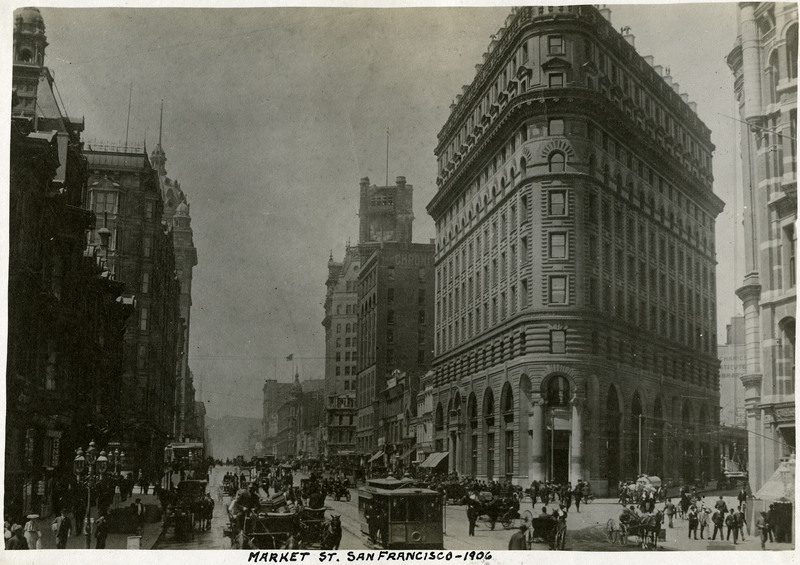 This week marks the 116th anniversary of the great 1906 earthquake and fire, a disaster that, with the exception of some western-lying neighborhoods, erased the SF that had existed here for nearly 60 years and ushered in the age of, well, the city we have now.

It’s no exaggeration to say that without the Big One 116 years ago, San Francisco’s look, layout, culture, and basic assumptions about itself would be completely different.

We’ll never know what the city would be like in this hypothetical timeline–but we can hazard a guess, through the miracle of early 20th century photography.

Everyone has seen countless photos of the devastation in the days after the quake, but almost never do we lay eyes on what the city looked like right before. And yet, these records exist, if you want to put in the time and the work finding them.

Case in point, five years ago the California State Archives made available thousands of images from the collections of early 20th century photographers William and Grave McCarthy; many of these old photos portray everyday California living in the first few months of the year 1906, and yes, some were taken in the scant weeks or months before the quake–indeed, one breathtaking images displays the downtown SF skyline less than 24 hours before the disaster.

This was an entire city that was lost–but not lost without a trace, if you know where to look. Here’s a rare and exciting glimpse at the San Francisco that was: