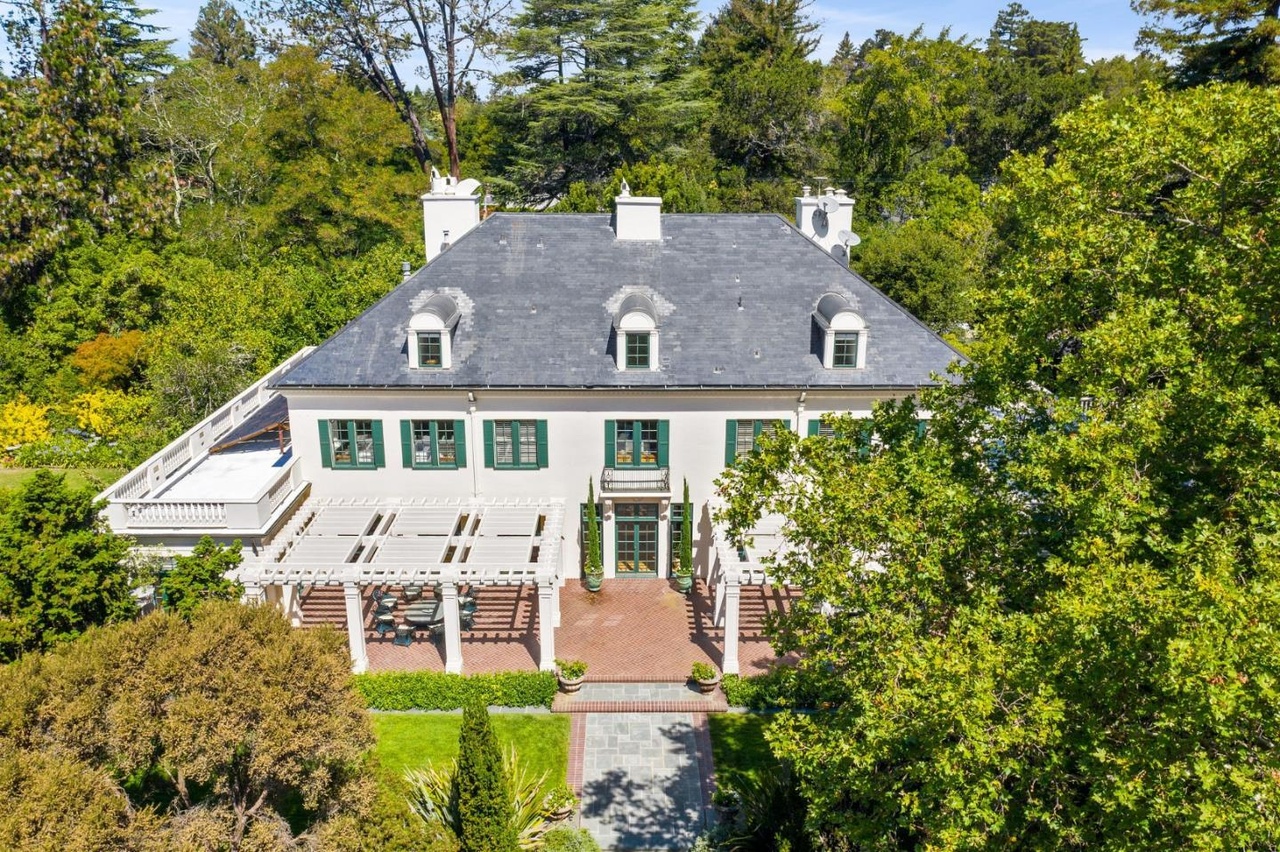 What does a piece of Bay Area history cost?

Generally it depends on the size of the piece, but in the case of 233 West Santa Inez Avenue, a sprawling Hillsborough estate whose address is etched in the annals of 20th century sensationalism for better or for worse, it was over $12 million, finally netting a buyer after several false starts.

The property is a nine bed, 6.5 bath mansion circa 1914, sitting on 1.21 acres of land–realtors Alicia Sanguinetti and Andrew Greenman highlighted the grounds particularly in their listing, pointing out the “neatly tended gardens,” “imported hand carved stone fountain,” “groves of redwoods,” and “level lawn,” among other things.

Once upon a time, this all belonged to the Hearst family, the media moguls whose towering wealth still leaves marks on California in the form of the Hearst publishing company and properties like the slightly bizarre “western White House” and Hearst Castle, onetime home of newspaper Baron William Randolph Hearst, who was infamously satirized in the classic film Citizen Kane.

But that’s not the Hearst who lived at 233 West Santa Inez–rather, that was his son, publisher Randolph Hearst (no “William”). Here’s where the story gets juicy, as in 1974 radical dissidents (the Symbionese Liberation Army) kidnapped Hearst’s daughter, Patty Hearst.

Things took a bizarre twist months later, when Hearst apparently joined the SLA and helped them rob a San Francisco bank while toting a rifle. She was eventually sentenced to seven years in prison, but saw her sentence commuted by presidential decree. Ironically, this is exactly the kind of scandalous story that Hearst newspapers loved to sensationalize in their heyday.

None of this really has that much to do with the property, and the realtors of course did not bring it up when offering the home. And yet, the home is indelibly marked by cultural memories of the kidnapping saga, as reporters besieged the Hillsborough address for weeks to speak with Patty’s anxious parents.

Indeed, Patty Hearst grew up on this decadent estate, making it pretty much impossible to mention it without her. Homes are the settings for our human dramas, most of which are forgotten as soon as we depart them; every now and then, the rare story continues to take up residence after we’re gone.

Speaking of drama, this place last told in 1984 for $1.3 million–about $3.4 million today. When it first went up on the market last year the asking price was nearly $15 million, which then declined earlier this year to $13.5 million–yes, the value of that price cut alone could buy a very nice home anywhere in the Bay Area–before finally netting a buyer for $12.75 million at the end of July.