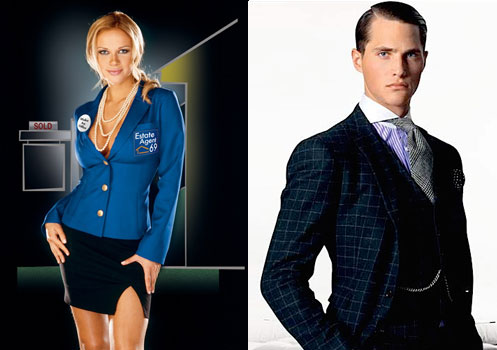 Apologies to anyone out there who might actually be named, Michael Lecht, Anna Harrison, Jason Torres, or Jay Shapiro and you are a solid, good person, but here in San Francisco, we have some fakes…

To my colleagues around San Francisco, it looks like Michael Lecht is still at it. He’s a fake. A phony. A nuisance. Not Real. Not a buyer. He’s a pain in your ass, and at this point, I’d think the police should somehow get involved.

Cases in point, we blogged about Jay Shapiro (possibly Michael Lecht) in 2008, then Michael Lecht in 2012, then Anna Harrison and Jason Torres (Michael Lecht’s next of kin?) in 2015, and here we are in 2016 and it’s clear this guy is still out there doing his thing. Beware…

The most recent email sent to theFrontSteps today:

I am an agent with Mcguire and Michael Lecht is back. He is trying to get me to work with him.

If you don’t have time to browse the the comments of this thread, which show the who’s who in San Francisco real estate reporting this guy, I’ll share their stories here.

SF Realtor
October 7, 2013 at 4:28 pm
Oct. 7, 2013: A buyer named Michael Lecht just called me to make an appointment to see a listing that I have. His story sounded a bit sketchy so I Googled him – glad that I did, found these postings. I tried to call him to ask him to come to a public open house instead of a private showing and he has a number with no voice mail. When he called me back to ask why I was calling, I told him that I’d be more comfortable if he would be able to view my listing during a Broker’s Tour or a public Open House this weekend. He got irate and hung up on me.

Silvana Messing
April 6, 2014 at 2:54 pm
I received a call from Mi harl Lecht today 4/6/14. He instructed me to meet him at Starbucks on Pacific x Battery.
He game me his email to send 1 bdr condos up to $3Mil in dist 8 and South Beach. Thank you for this blog site as I thought he was too anxious with wanting to meet at a certain hour and place was too thought out without options. I will now not respond!

Yvonne Toracca
September 22, 2015 at 5:24 pm
BE ADVISED!!!
He called me last year looking for a unit up to $3M with specifically 1 bathroom, had to have only 1 bathroom! That was the first sign that he was not right. Also, wanted to meet at Starbucks on Battery St. and at that point I Googled him as well. I spoke with our in house Legal Counsel, reported it to the SFPD and told him NOT TO CONTACT ME AGAIN! Just this week he called again. I would appreciate it If anyone has a picture of him please post it so I can give it to the SFPD and we can all be aware of what he looks like should he show up at an Open House!

SFAgent
October 25, 2015 at 1:02 pm
Agents, heads up…. He is still out there. Has contacted me 4-5 times this year on two different listings. Claims he would like to see them by appointment. Once he also left multiple messages with detail descriptions of what he was looking for, with a request to meet at a coffee shop.

Laura Lanzone
July 25, 2016 at 6:34 pm
He has been calling me for the last two days and is all over the place with his requests. SO he is definitely a scammer then I take it?

Donna R Aldrich
December 29, 2015 at 12:25 pm
Fortunately for me I have a clever processor who, when I told her about this strange guy who had called me for an appointment, said have you googled him. When I did I found this… Not only did he call me last week while I was at my Mom’s for the holiday wanting to schedule an appointment and referencing some ad he’d saved for a long time. I’ve NEVER taken an ad out in any publication. THEN, as I was at the airport returning home ON CHRISTMAS DAY, he called to ‘wish me a Merry Christmas’. He was supposed to come to my office today but called to cancel for which I am grateful. I will not be rescheduling with him. That really freaked me out and I’m so glad I googled him. He’s baaaaaaaaaaack!

Agent Z
January 31, 2016 at 7:13 pm
Yes, Michael is back in game. I saw him yesterday at the open house in lower pacific heights. This time he was looking for 1 bedroom for $2.5 mil.. I remember, I read that article couple of years ago, but didn’t expect to meet him in person. He is a small elder man, ~5 ft tall, with a beard and mustache. We was dressed in a really old and worn clothes. Then he gave me a ridiculous description of what he is looking for. I felt that something was wrong, so I googled him and came across this article ones again.

thefrontsteps
February 2, 2016 at 8:37 am
Thanks for letting us know. Agents keep a lookout!

thedaythetumordied
April 13, 2016 at 12:51 am
He’s back again!! Called me today saying he picked up my card from a table at an open house. Who does that? I knew something was weird when he quickly rattled off his email, emphasized the number he gave as his home phone number (which differed from the number he called from), rattled off specifically what he wanted (1/1/1, etc) $600k-$3 million. He’s only available M-W 1-4pm, and asked me to meet at Starbucks on Bush and Van Ness. It was creepy from the start, so I looked him up on Google. My boyfriend is glad I did too. Sent him an email cancelling the meeting. Not sure he’ll get the message; doesn’t sound like he ever does. Be safe everyone!

Hello,
Homebidz.co has a lead inquiring about a property.

Message:
I am interested in this property and would like to schedule a viewing. Please let me know when this would be possible. 716 2nd Avenue San Francisco, CA 94118 MLS# 436262

On a different note, in case you haven’t heard, there have been a few break-ins at vacant listings around town where young aspiring partiers are getting their groove on. Lock em up, close the windows, leave the lights on. Be safe.